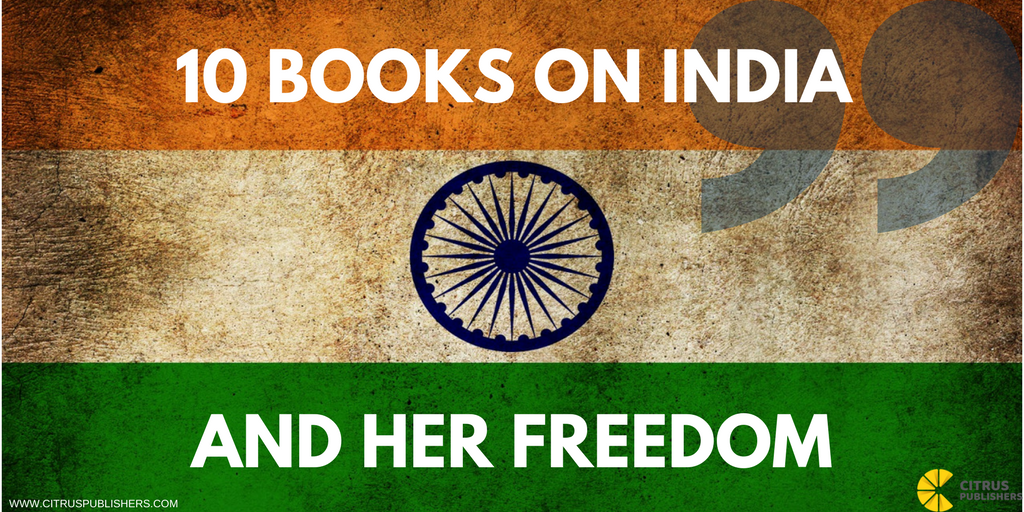 Today on the auspicious occasion of India’s 71st Independence Day, we bring you the list of ten books that you can read and rejoice in order to relive and know more about India and Her independence.

10 Books On India And Her Freedom

1) India After Gandhi: The History of the World’s Largest Democracy by Ramachandra Guha 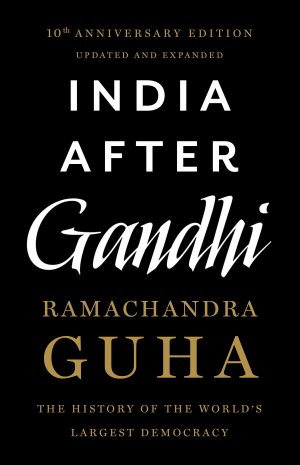 Born against a background of privation and civil war, divided along lines of caste, class, language and religion, independent India emerged, somehow, as a united and democratic country. The story of its making has never been told before. Now, in this remarkable book, we have an epic account of the world’s largest and least likely democracy. As Ramachandra Guha points out, India may sometimes be the most exasperating country in the world but it is always the most interesting. Guha writes compellingly of the myriad protests and conflicts that have peppered the history of free India. But he writes also of the factors and processes that have kept the country together, kept it democratic, and defied the numerous prophets of doom who believed that its poverty and hetereogeneity would force India to break up or come under autocratic rule. Moving between history and biography, India After Gandhi is peppered with incredible characters from the longstanding Prime Ministers Jawaharlal Nehru and Indira Gandhi to peasants, tribals, women, workers and musicians. Massively researched and elegantly written, this is the work of a major scholar at the height of his powers.

Add to your Goodreads shelf: India After Gandhi

2) The Discovery of India by Jawaharlal Nehru 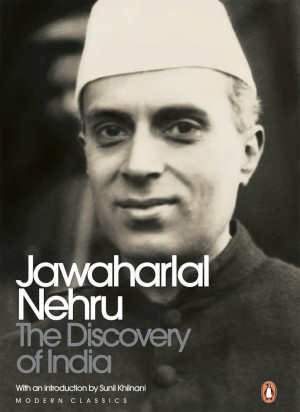 In conjunction with the Jawaharlal Nehru Memorial Fund in New Delhi, Oxford proudly announces the reissue of Glimpses of World History and The Discovery of India, two famous works by Jawaharlal Nehru. One of modern day’s most articulate statesmen, Jawaharlal Nehru wrote a on a wide variety of subjects. Describing himself as “a dabbler in many things,” he committed his life not only to politics but also to nature and wild life, drama, poetry, history, and science, as well as many other fields. These two volumes help to illuminate the depth of his interests and knowledge and the skill and elegance with which he treated the written word.

Add to your Goodreads shelf: The Discovery Of India

3) India’s Struggle For Independence by Bipan Chandra and various 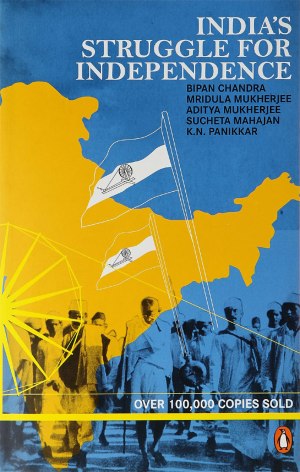 This is the first major study to examine every one of the varied strands of the epic struggle individually and collectively and present it in a new and coherent narrative and analytical framework. Basing themselves on oral and other primary sources and years of research, the authors take the reader through every step of the independence struggle from the abortive Revolt of 1857 to the final victory of 1947. More important while incorporating existing historiographical advances, the book evolves a new and lucid view of the history of the period which will endure.

Add to your Goodreads shelf: India’s Struggle For Independence

4) The Story of My Experiments With Truth by Mahatma Gandhi 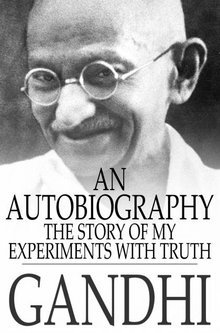 Mohandas K. Gandhi is one of the most inspiring figures of our time. In his classic autobiography he recounts the story of his life and how he developed his concept of active nonviolent resistance, which propelled the Indian struggle for independence and countless other nonviolent struggles of the twentieth century.
In a new foreword, noted peace expert and teacher Sissela Bok urges us to adopt Gandhi’s “attitude of experimenting, of testing what will and will not bear close scrutiny, what can and cannot be adapted to new circumstances,” in order to bring about change in our own lives and communities.
All royalties earned on this book are paid to the Navajivan Trust, founded by Gandhi, for use in carrying on his work.

Add to your Goodreads shelf: The Story Of My Experiments With Truth

5) The Last Mughal by William Dalrymple 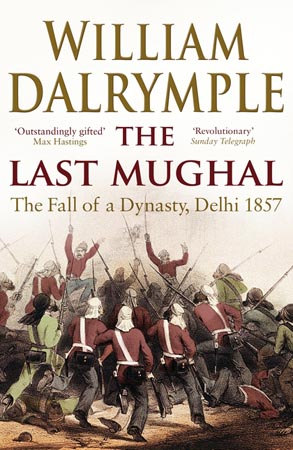 On a hazy November afternoon in Rangoon, 1862, a shrouded corpse was escorted by a small group of British soldiers to an anonymous grave in a prison enclosure. As the British Commissioner in charge insisted, “No vestige will remain to distinguish where the last of the Great Moghuls rests.”
Bahadur Shah Zafar II, the last Mughal Emperor, was a mystic, an accomplished poet and a skilled calligrapher. But while his Mughal ancestors had controlled most of India, the aged Zafar was king in name only. Deprived of real political power by the East India Company, he nevertheless succeeded in creating a court of great brilliance, and presided over one of the great cultural renaissances of Indian history.
Then, in 1857, Zafar gave his blessing to a rebellion among the Company’s own Indian troops, thereby transforming an army mutiny into the largest uprising any empire had to face in the entire course of the nineteenth century. The Siege of Delhi was the Raj’s Stalingrad: one of the most horrific events in the history of Empire, in which thousands on both sides died. And when the British took the city—securing their hold on the subcontinent for the next ninety years—tens of thousands more Indians were executed, including all but two of Zafar’s sixteen sons. By the end of the four-month siege, Delhi was reduced to a battered, empty ruin, and Zafar was sentenced to exile in Burma. There he died, the last Mughal ruler in a line that stretched back to the sixteenth century.
Award-winning historian and travel writer William Dalrymple shapes his powerful retelling of this fateful course of events from groundbreaking material: previously unexamined Urdu and Persian manuscripts that include Indian eyewitness accounts and records of the Delhi courts, police and administration during the siege. The Last Mughal is a revelatory work—the first to present the Indian perspective on the fall of Delhi—and has as its heart both the dazzling capital personified by Zafar and the stories of the individuals tragically caught up in one of the bloodiest upheavals in history.

Add to your Goodreads shelf: The Last Mughal

6) The Argumentative Indian by Amartya Sen 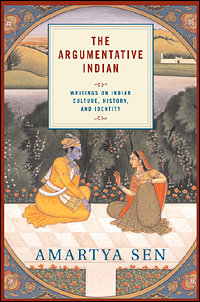 In sixteen linked essays, Nobel Prize–winning economist Amartya Sen discusses India’s intellectual and political heritage and how its argumentative tradition is vital for the success of its democracy and secular politics. The Argumentative Indian is “a bracing sweep through aspects of Indian history and culture, and a tempered analysis of the highly charged disputes surrounding these subjects–the nature of Hindu traditions, Indian identity, the country’s huge social and economic disparities, and its current place in the world” (Sunil Khilnani, Financial Times, U.K.).

Add to your Goodreads shelf: The Argumentative Indian 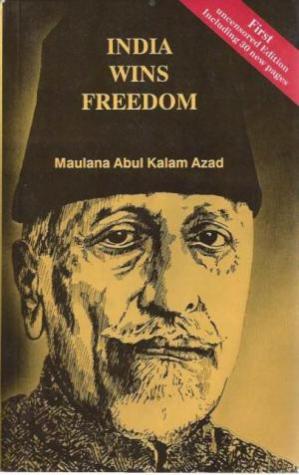 India Wins Freedom is an enlightened account of the partition from the author, Maulana Azad’s perspective. It includes his personal experiences when India became independent, and his ideas on freedom and liberty.
The book takes the form of an autobiographical narrative and goes over the happenings of the Indian Independence movement. The book traces the events that took place and ultimately led to the partition in a frank and profound manner. The book says that politics was responsible for the partition more than religion. It also states that India failed to maximise its potential when it gained independence. The book discusses political hypocrisy, and also touches upon contemporaries of the author’s, like Nehru, Gandhi, and Subhash Chandra Bose, and highlights their mind-sets during that time.

8) From Plassey to Partition: A History of Modern India- Sekhar Bandyopadhyay 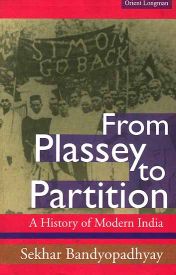 More than a survey, and much more than a thematically arranged narrative, this book is an eminently readable account of the emergence of India as a nation. It maps a wide and often complicated terrain of historical happenings, their main players in groups and as individuals, and contexts that enable us to see the formation of a nation through documents of resistance and struggle, assimilation and rejection.

Add to your Goodreads shelf: From Plassey To Partition 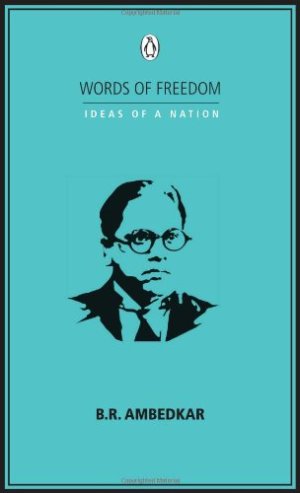 To celebrate the sixtieth anniversary of the Indian Republic, theWords of Freedom series showcases the landmark speeches and writings of fourteen visionary leaders whose thought animated the Indian struggle for Independence and whose revolutionary ideas and actions forged the Republic of India as we know it today.

Add to your Goodreads shelf: Words Of Freedom

10) A flag, A song and a pinch of Salt: Freedom fighters of India- Subhadra Sen Gupta 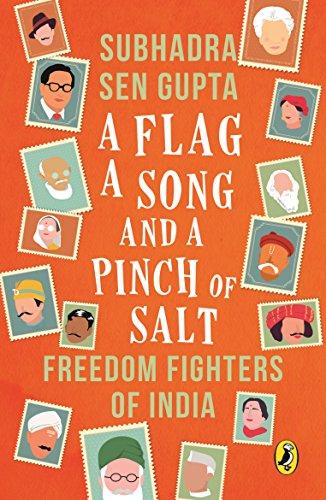 Police batons, prison sentences or the hangman’s noose-nothing could stop them. They stood up against the biggest colonial empire in the world and all they had was their courage and passion for freedom. Relive the exciting story of our struggle for freedom through the lives of our greatest freedom fighters as they carried the defiantly fluttering tricolor towards a dream called India.
Add to your Goodreads shelf: A flag, A song and a pinch of Salt